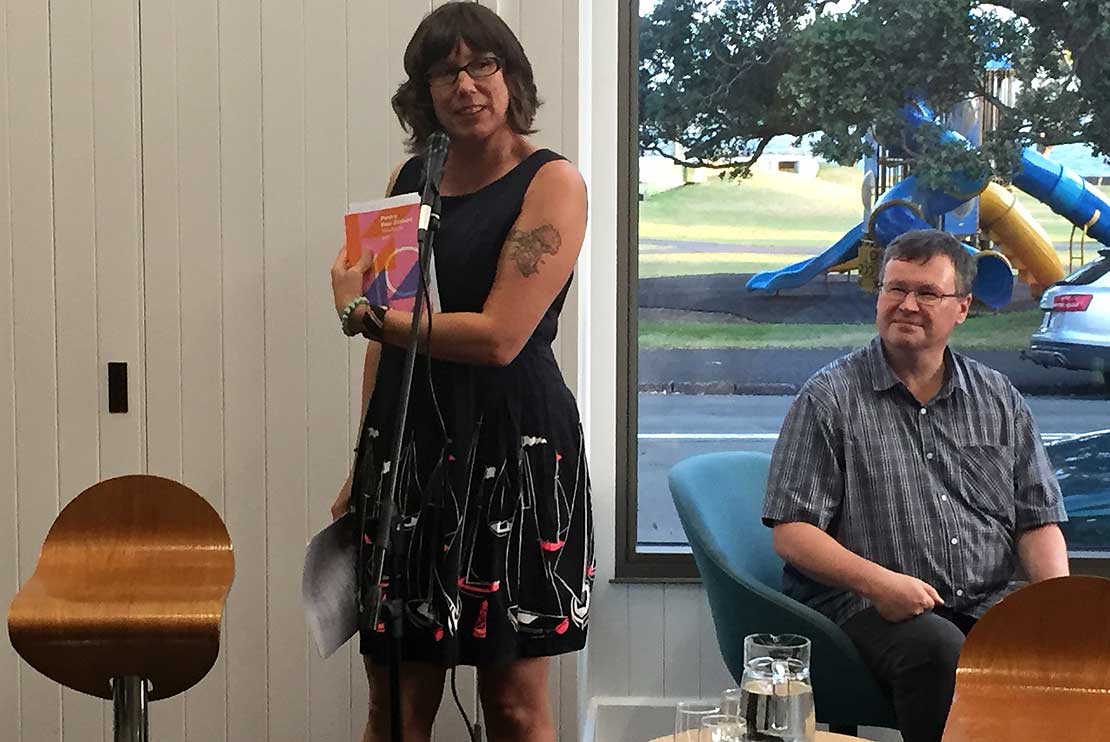 Poetry NZ Yearbook 2019's featured poet Stephanie Christie, about to read her work at the launch in Devonport Library, with Dr Jack Ross. 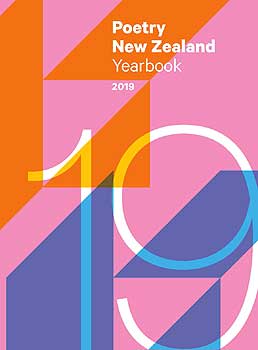 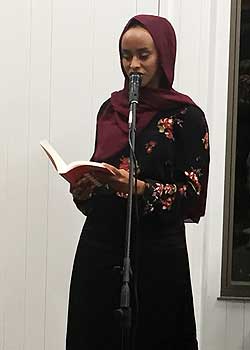 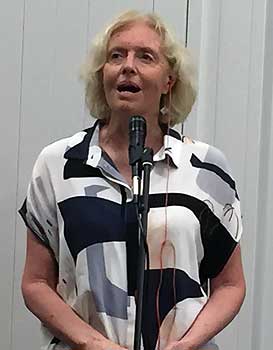 Poet Michele Leggott recites her new poem
Laugh, cry, take your breath away or send shivers down your spine – that’s how editor Dr Jack Ross hopes his selection of 120 plus poems in the Poetry New Zealand Yearbook 2019 will affect readers.

Launched last week at the Devonport Library in Auckland to a packed room of over 200, issue number 53 of New Zealand’s longest-running poetry journal and the third to be published by Massey University Press includes new migrant voices, veteran poets and even a veterinary professor-turned-poet.

Dr Ross, a poet, editor and senior lecturer in the School of English and Media Studies at Massey’s Albany campus, says the task of sifting through over a thousand submissions to choose 130 for the book is formidable as well as a tremendous privilege. Always with an ear tuned for fresh and challenging new voices and views, he has mustered a bracing array of poetry from a diverse set of writers.

From modern probes into religion, romance, love, death and loss to the inner lives of a retail worker, a refugee, a doctor, a drunk – the eclectic mix offers poems in a multitude of forms, including prose pieces. As well as captivating lines by emerging poets there is new work by some of the country’s most respected names, such as New Zealand’s inaugural Poet Laureate Michele Leggott, along with Elizabeth Smither, Emma Neale and Bob Orr. There are dual-text poems too, in Chinese, German, Spanish and te reo Māori, as well as 20 poems and an interview with featured Hamilton poet Stephanie Christie.

A number of Massey graduates and staff who are also published authors made the grade, including Professor Bryan Walpert, Dr Johanna Emeney, Dr Matthew Harris, Bonnie Etherington, Sue Wootton and Jessica Pawley, who wrote one of three literary essays in the book.

Another Massey contributor is Brett Gartrell, a professor in Wildlife Health in the School of Veterinary Science and clinical director of the Veterinary Teaching Hospital at the Manawatū campus. He gained second place and a $300 in prize money for his poem; ‘After the principal calls’.

Beyond his day job saving injured native birds and animals and teaching others how to do the same, he has been taking courses through the School of English and Media Studies for the past decade, including on fiction writing, creative non-fiction, children’s writing, life writing and poetry.

“I never thought of myself as a poet previously, but I was inspired by the teaching and poetry of Professor Bryan Walpert in particular,” says Professor Gartrell, who has just completed a portfolio of poetry and essay for his master’s of Creative Writing. “I’ve discovered poetry as something that both challenges and intrigues me.”

His foray into studying poetry has, he says, “given me a perspective on my teaching. I have been challenged and mostly delighted by the teaching excellence of my tutors and lecturers. I think all academics could benefit from this role reversal from time to time.”

What does he most like about writing poetry? “It’s the combination of creative flow and control. It’s the challenge of allowing a poem to find its own direction and surprising conjunctions which then needs to be followed by the control of distillation; of condensing and communicating the most complex of lyrical moments through the words and structure of the poem.

“As Jasper Fforde writes in First Among Sequels; “Whereas story is processed in the mind in a straightforward manner, poetry bypasses rational thought and goes straight to the limbic system and lights it up like a brushfire. It's the crack cocaine of the literary world.”

“I feel the most proud of this volume,” says Dr Ross, of the fifth consecutive edition of the Poetry New Zealand he has edited, not including one as a guest editor some years ago.

He says in the book’s introduction, What makes a poem good?, that being moved emotionally has increasingly become his sense of a successful poem, which may be about something funny, or painful or revealing. “It’s not that I sit here boo-hooing as I read through all the submissions for each issue – but every now and then something in one of them sits up and looks alive, persuades me that something is being worked out here that might be relevant to others simply because it seems so relevant to me.”

Mostly, he hopes the book will help to make poetry more visible, more accessible and maybe ignite new interest among a wider, more culturally diverse audience. This edition is his last as editor for the time being – he is handing the editorial reins for the next issue over to Dr Johanna Emeney, a published poet and creative writing lecturer at Massey. He is hoping to be able to devote more time to working on his own writing, with a project in the pipeline to explore his longheld fascination about ghost stories and the psychology behind them.