What should a magazine called Poetry NZ look like? 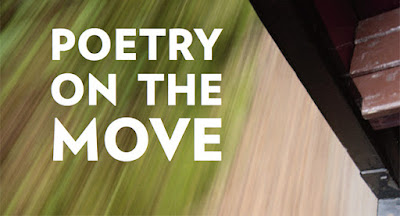 Poetry on the Move Festival (University of Canberra, 2016)


I was asked to act as one of three longlist judges for the University of Canberra Vice-Chancellor's Poetry Award this year - though the final decision was left to distinguished British poet Simon Armitage.

The organisers were, however, kind enough to invite me to attend the prizegiving ceremony, and also to deliver a paper and a reading while I was there. This is the text of the paper I gave, entitled "A Magazine called Poetry New Zealand: What should it look like?" 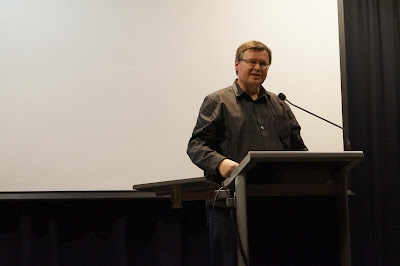 Since 2014, I’ve been the Managing Editor of Poetry NZ, New Zealand’s oldest poetry journal – founded in 1951 by Louis Johnson, and produced by numerous editors and publishers since then. But what should the magazine look like? Bicultural? Multicultural? Local? International? Or a mixture of all of these? 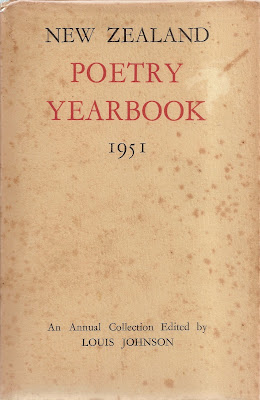 
Louis Johnson started off with a fairly straightforward agenda in 1951:

In launching the first issue of Poetry Yearbook, the editor and publishers are attempting to establish an annual collection of the best New Zealand poetry. [7]


And yet, from the very beginning, it’s apparent that he expected controversy:

In particular is it recommended to those in our midst who are still hear to exclaim “New Zealand poets – have we any?"


Plus ça change, plus c'est la même chose, or (as Winnie the Pooh paraphrased it): “The more it rains, the more it goes on raining.” Johnson goes on to say:

It is evident from this collection that New Zealand poetry is not a mushroom growth, but something that is developing its own traditions and characteristics – something that is being shaped by many different hands in different ways; and something which, at its best, will stand alongside the poetry of any English-speaking country.


There are a couple of important points here. First: that the only way to see what New Zealand poetry really consists of is to collect examples of it and see (he proposes to do this by showcasing “some four or five poets … each year … their work shown in greater detail” [8], a project which eventually evolved into the present system of one featured poet per issue).

Second: that the poetry of New Zealand is to be considered alongside that of any other “English-speaking country” – no obeisance is made here to possible bi-cultural (let along multi-cultural) approaches to the question of New Zealand identity, always implicit in such discussions. 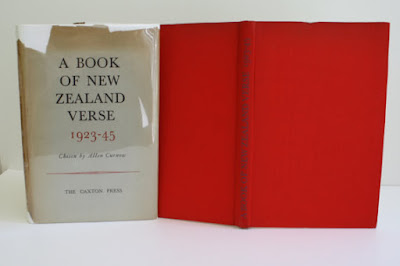 
It’s worth noting here that Allen Curnow’s first canon-building (and still controversial) Book of New Zealand Verse had appeared in 1945, only six years before, and its second, enlarged edition was published in the same year as Johnson’s first Yearbook.

What’s more, the first issue of Landfall, still our leading literary periodical, had come out in 1947, just four years before. It was an open secret at the time that Louis Johnson started his magazine at least partly as a reaction to the somewhat restrictive policies of Charles Brasch, Landfall’s founding editor, as well as the nationalist agenda set by the prefaces to Curnow’s anthologies. 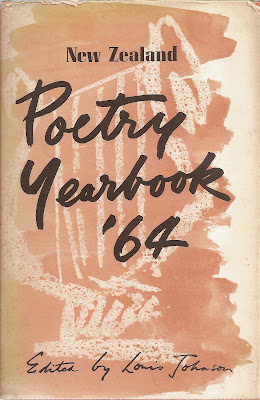 
NZ Poetry Yearbook folded in 1964, after a controversy about the refusal of a grant by the New Zealand literary fund. I quote from the note included with that issue:

This is the controversial issue of the New Zealand Poetry Yearbook which has become a cause celebre in the columns of the daily Press, in Truth, and in the New Zealand Listener as a well as a number of other journals. With this issue, the New Zealand Literary Fund refused to make its annual grant towards production unless six poems (three by James K. Baxter, two by Richard Packer, and one by Martyn Sanderson) were withdrawn from the manuscript.

In proceeding with the publication without a grant, the publisher and editor have decided to present the book as it was originally planned to appear. There has been nothing added (apart from an explanatory note on the book’s late appearance) or removed from the original.


Despite this show of bravado, this eleventh issue was Johnson’s the last. Due to various machinations by Allen Curnow, who apparently resented its too “inclusive” editorial policy – it could no longer attract sufficient funding. 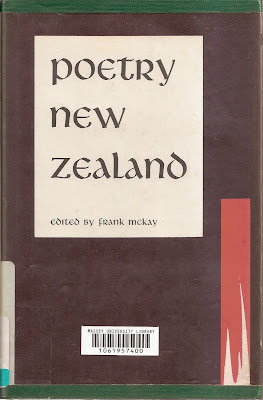 
It’s become fashionable to see the NZ Poetry Yearbook and its successor, Poetry New Zealand, which began in 1971 under the editorship of distinguished Academic (and James K. Baxter’s biographer) Frank McKay, as entirely different things. McKay’s introduction to his first issue makes it clear just how closely he modelled it on its predecessor, however:

Poetry New Zealand is a development of Yearbook. I hope it will publish the best poetry being written in this country and the work of the most promising new poets … Nor should one forget that the appreciation of new work often takes time. One should, I think be generous to emerging writers. This is part of Mr Johnson’s liberal tradition I should like to retain. [9]


I’d like to draw attention to this “liberal tradition” of generosity to “emerging writers” as another vital part of the magazine’s legacy. 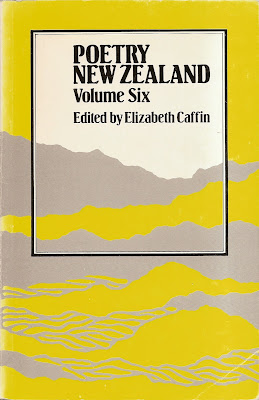 
Poetry New Zealand printed many of the same people as NZ Poetry Yearbook, and began with a very similar editorial orientation. It was forced to shift from this handsome hardback format in 1978, however, when the “pressure put on publishers by the economic recession and the dwindling market for poetry” forced a move from Christchurch-based Pegasus Press to Dunedin-based John McIndoe, who shrank it from 120 to 90 pages, and issued it in soft-cover. It limped along for another couple of issues, then folded in 1984. 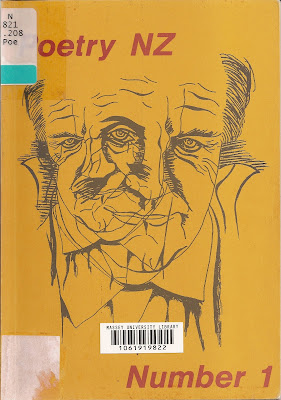 
What most people mean when they refer to Poetry New Zealand is, however, the bi-annual journal launched in 1990 by David Drummond of Massey University in partnership with Oz Kraus’s Brick Row Publishing of Auckland. The plan was originally to entrust each issue to a new editor, but this proved difficult in practice to implement, especially after Drummond’s untimely death “just before issue 2 was released” [Oz Kraus, “Editorial,” issue 30, p.10].

Drummond did have time, however, in his editorial for the first issue, to mention the inspiration he’d taken from Louis Johnson, a “significant ancestor”, as well as the fact that “Poetry NZ presupposes, and aims to fill, a gap”:

Consciously at least, it will ride no bandwagon, follow no particular clique or school. The name, evoking as it does earlier journals, seeks to indicate that Poetry NZ follows in a fine tradition, that its pages are open to all who write well. [5]


This conscious refusal to follow cliques or schools is another important aspect of the magazine’s history. 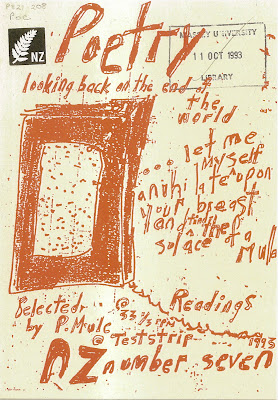 
After issue 7 in 1993, there was a brief hiatus before the magazine was taken over by Alistair Paterson, with a new format consisting of one featured poet per issue, and a section at the back reserved for reviews and essays. 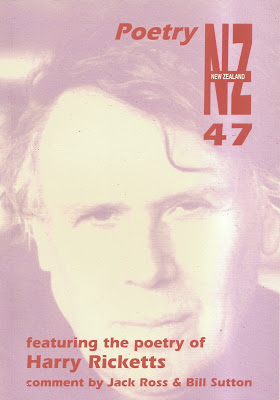 
To detail the policy of the magazine over these two decades would be a little difficult, but I’d like to mention here Alistair’s strong interest in poetics and literary theory, and his consequent belief that “meaning exists in our minds rather than on paper or in phonemes.” Here, for example, is a quotation from the last editorial he wrote, for issue 47 in 2013:

Poetry … should present an aesthetic which isn’t held together solely by the conventions and formalities of reason and language but by the shape and feel of the total experience that arises from it. 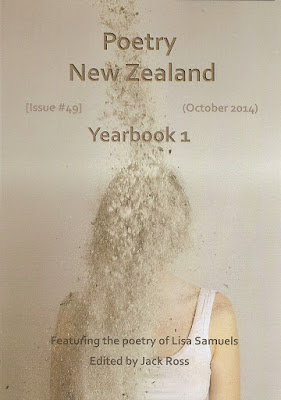 
It was in 2013 the retirement of John Denny of Puriri Press, the magazine’s longtime designer and publisher, made it impossible to go on as before, so he and Alistair began discussions with me for the rehousing of the journal within Massey University.

After consultation with my colleagues in Creative Writing, some of whom now form part of the journal’s Advisory Board, we decided that this was too good a chance to miss, and so, from 2014 onwards, Poetry NZ has been located within the School of English and Media Studies at Massey University’s Albany campus.

You’ll notice the rather striking image selected for the cover of the first issue under this new dispensation:

Renee Bevan’s “Stream of thoughts, a whole year’s work” … shows what happens when you burn a whole year’s worth of your own carefully crafted journals, pulverise the ashes to dust, and then tip the results over your head. It’s an arresting notion, certainly – a kind of blaze of glory: a moment of confusion and blindness succeeded by light.


I went on to draw a parallel (no doubt somewhat hubristically) with the kinds of poems I was hoping to include in the journal in future: “sparks of light in an ocean of stultifying babble, laser-beams penetrating the Stygian darkness of our contemporary linguistic wasteland” - or something like that, anyway. 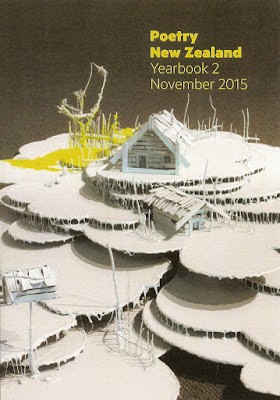 
In my second issue as editor, I tried to shift the debate onto the politics of biculturalism: hence the choice of a cover by Māori artist Karl Chitham and of Māori-Irish poet Robert Sullivan as our featured writer.

In my preface, I questioned the emphasis on English as the sole medium of exchange for New Zealand poetry:

There’s a certain undeniable convenience to confining oneself solely to the English language. As Governor William L. Harding of Iowa put it, in response to criticism of his WWI regulation banning church services in foreign languages: “There is no use in anyone wasting his time praying in other languages than English. God is listening only to the English tongue.”


Words such as “multiculturalism” are, however, as we’re no doubt all well aware, often used as mere masks for monocultural hegemony. Nation-states are happy enough to celebrate “difference” as long as it involves no cession of sovereignty or real political power. My preface continues: 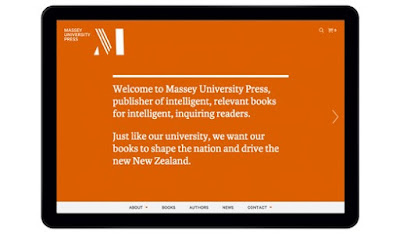 
At the end of 2015, Nicola Legat, head of the new Massey University Press, made a proposal to take over the publication and distribution of the journal. The first issue under these new auspices will appear at the beginning of 2017, and thereafter at the beginning of each year. 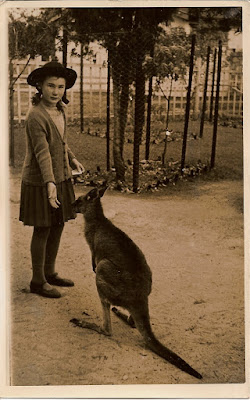 
Issue 3 will touch on the question of poetic relations between New Zealand and Australia. I am myself half-Australian, and a number of recent Australian books issued by Vagabond Press and other publishers will be reviewed in it.

To summarise the principles I’ve gleaned from my predecessors and the experience of editing the first three issues, then, my view of what Poetry NZ actually should look like runs roughly as follows: 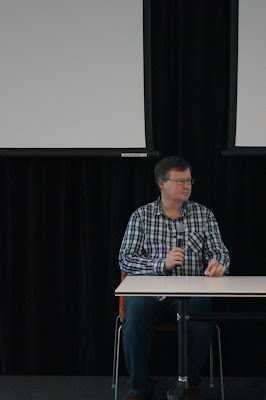 
NB: One suggestion made to me at the cocktail reception after the talk was that my list had left out the most important factor of all: fun.

I have to say that I think that's an excellent point. You don't have to be pompous and po-faced just to prove you have serious intentions: a magazine like this should always try to be fun and entertaining to read. 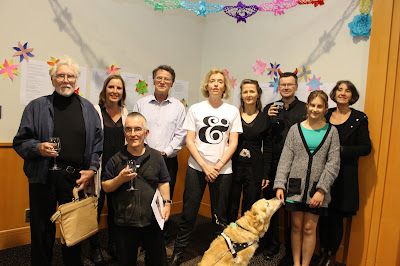