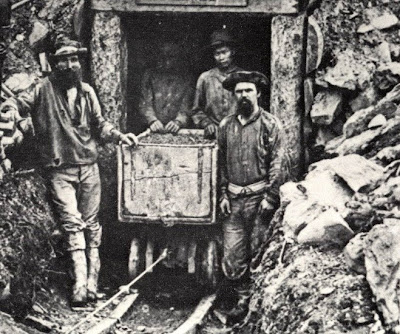 
I'm afraid that I have to report that submissions for the next issue of Poetry NZ, no. 49, due out - I hope - in late October, are now closed. I'll continue to add various commissioned reviews and other bits and pieces to the text, but any unsolicited work that's sent to me from now on will have to wait to be considered for next year's issue instead. You're welcome to send me material for PNZ 50 [PNZ Yearbook 2], but it might be better to hold off till early 2015 unless you're in a very great hurry.

That is, I'm afraid, one of the problems with the new yearbook format. I had originally planned to make the end of June this year my deadline, but fascinating submissions have continued to come in, so I can't say that I regret stretching that a bit.

Some of you have also been feeling a bit uneasy about the lack of a reply to the poems you've sent. I do apologise for that. I inherited quite a lot of material from the previous editorial team, and have continued to receive a steady stream of submissions ever since. I do promise in future to keep more closely to the guideline of a reply within three months of receipt, though. That's one of the new systems I'd like to get in place for future issues.

Rest assured that I am working through them all, and that all of you will receive a reply in the very near future.

The advantage of the new format, though, is that I'll be able to put in far more poems, and far more extras generally. I'm looking forward to showing you all the excellent material that's been collected so far! 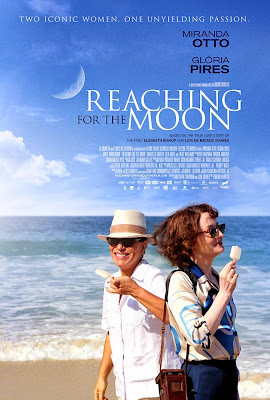 Debbie Fish of the New Zealand International Film Festival writes in to say:

The New Zealand International Film Festival (NZIFF) will be screening around the country during July, August and September. We have just launched our Auckland & Wellington programmes and we have a few films about poetry and poets that we thought Poetry NZ may be interested in. A flyer with details about these films is attached here.

We would love for you to share this information with your networks. To keep up to date with NZIFF news and announcements, visit our website at www.nziff.co.nz. 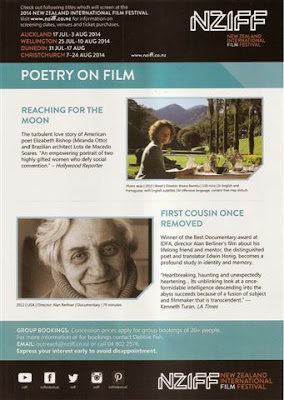 The two films in question are "Reaching for the Moon," about the love story between the great American poet Elizabeth Bishop and Brazilian architect Lota de Macedo, and "First Cousin Once Removed," about poet and translator Edwin Honig. Check them out. I will ... 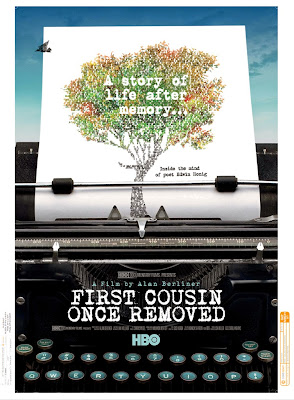 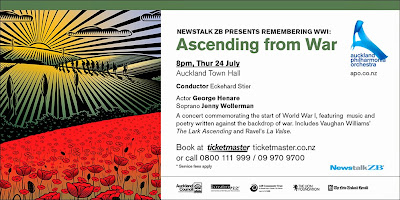 Alisa Cassidy of the Auckland Philharmonia Orchestra writes in to say:

I am the Marketing Assistant at the APO and we have a concert that fuses poetry and music in a performance that commemorates 100 years since the start of WWI, with the Newstalk ZB Remembering WWI concert, Ascending from War. Highlight of this concert is the much-loved The Lark Ascending by Vaughn Williams, which features APO concertmaster Andrew Beer in his first solo performance with the orchestra.

Throughout this concert Veteran actor George Henare and two secondary school students (selected via an audition process and receiving some mentorship and coaching from Mr Henare) will read poems by Jessie Pope, Rupert Brooke, Wilfred Owen and Robert Graves. Acclaimed NZ slam poet Dietrich Soakai will read his new poem "To the Soldiers," together with George Henare. These poems will be presented throughout the evening, between the musical performances.

You can even stay after the concert for a special free poetry recital in a more intimate setting.

I have attached an e-flyer and we would be grateful if you could please let your members know that this amazing event is coming up next month?

Let me know what you think,

PS. We have some amazing fliers that can be displayed if you wish? Just let me know if you have space. 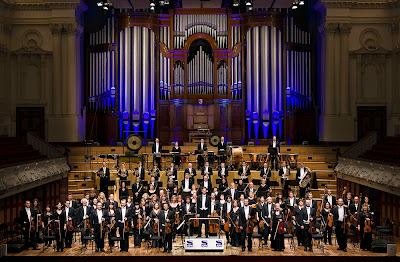