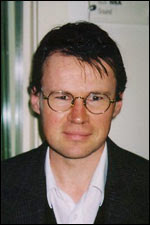 This is the text of a piece by A/Prof Elspeth Tilley, published in the Expressive Arts blog on 5th June 2014:

Jack Ross, new editor of Poetry NZ, will be featured on Radio NZ National this Sunday. Jack is being interviewed by Justin Gregory about his plans for Poetry NZ on “Standing Room Only”, this Sunday (8/6). The programme starts at 12:40 pm. Jack said he will be talking with Justin about his plans to keep the journal at the cutting edge and encourage ground-breaking, even controversial, work. “As the new managing editor of Poetry NZ, I’d like to keep up a sense of excitement in the magazine. My predecessor, Alistair Paterson, was careful to maintain a youth-focus — both with the poets he featured and the work he included. I’d like to be as open as he was to new styles and new poetic approaches. Nor do I have any problem at all with including hard-hitting or controversial work. “Louis Johnson, who founded the New Zealand Poetry Yearbook in the 1950s, refused to withdraw some poems which the funding agencies objected to in the early sixties, and instead paid for the last volume of his yearbook himself! It’s that kind of courage I’d like to emulate. I don’t want there to be anything predictable about what people can expect when they open a copy of Poetry NZ. As the poet Alan Brunton once put it: “Keep the surprise alive!’ “The School of English and Media Studies at Massey University has been generous with a publishing subvention, and I hope that in future this journal can fold into our programme in numerous ways: perhaps principally by providing some of our graduate students with an internship in the world of practical magazine publishing.” Jack himself has published four poetry collections: City of Strange Brunettes (1998), Chantal’s Book (2002), To Terezín (2007) and Celanie (2012).

The interview can be found at: 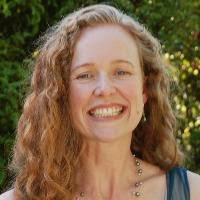