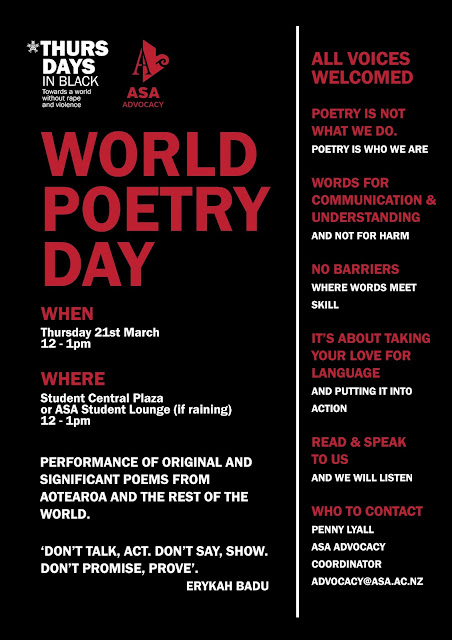 
Since the brutal terrorist attack on the people gathered for Friday Prayers in two mosques in Christchurch on Friday afternoon, 15th March, I feel that it's more important than ever that we gather together to express our complete rejection of such insane and pointless acts of violence. We thought such things could never happen in New Zealand. We were wrong. 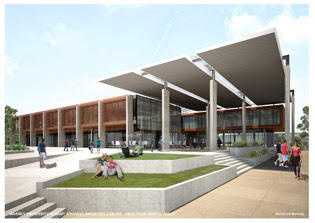 
I for one will be wearing black on Thursday, and will go to Student Central in Massey's Albany campus prepared to read and listen to poems dedicated to peace, justice and human understanding. I hope those of you who are in the area can join us. You will be very welcome. 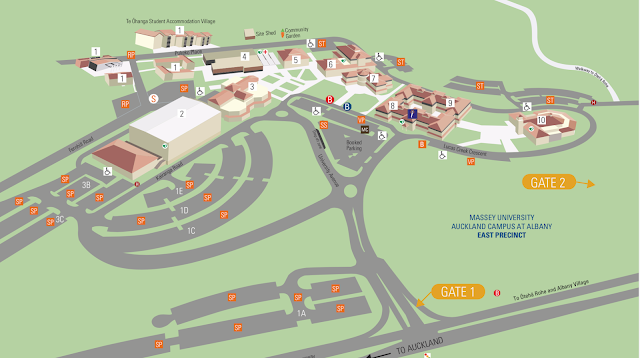 
Here is a link to a map of the area. The reading will take place in the East Precinct at midday, outside the building marked '4' on the map above (or inside if it's raining).

Albany Students Association Advocacy Coordinator Penny Lyall stressed, in her original invitation to this event, acts of sexual assault and violence. We continue to utterly repudiate those, but history has now opened up the conversation to force us to include terrorism in the list of things we are fighting against:

I have just started a new initiative on the Albany Campus called Thursdays in Black. This is to promote that in no way is sexual assault and violence ever acceptable.  Thus to encourage students and staff to actively acknowledge and create a safe culture on campus.

I am attaching the schedule of events that will be held each week for your interest and should you want to promote and display them somewhere.

What is of particular interest is that we will be recognising and celebrating World Poetry Day on the Thursday 21st March (Student Central Concourse or ASA Student Lounge if raining) ..

We are hoping that students and staff (both academic and general staff) will come along and perform original poems or just read poems aloud that touch them.

Jack Ross and Bryan Walpert and are both hoping to come along for a while and may perform.

I would love a good selection of students and staff present performing or just listening. 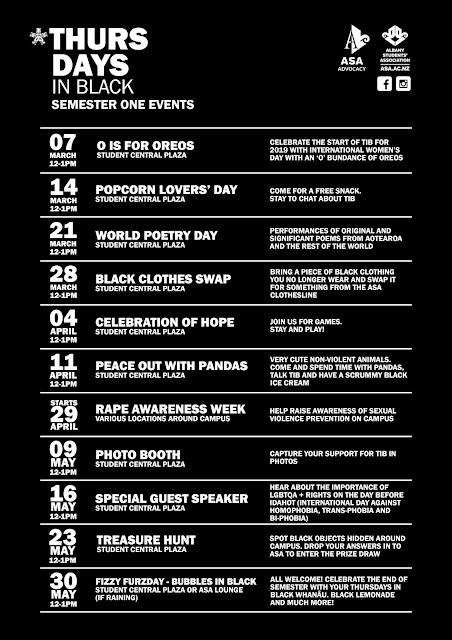