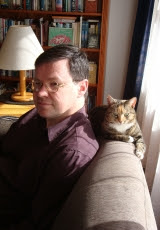 
This interview, by contributing editor Sanjeev Sethi, appeared in the The Review Review on 13th December 2016:

From the bowels of New Zealand breezes in Poetry New Zealand, each issue fragrant with literary flowers in the shape of poems, stories, reviews encapsulating rich and rewarding fare. Curating this creative smorgasbord is Dr. Jack Ross, the accomplished and erudite poet-writer-academician. A PhD in English from Edinburgh University, Ross is a Senior Lecturer in Creative Writing at Massey University's Albany campus.

Briefly tell our readers about yourself?

I work at Massey University, where I’ve been teaching various types of writing for the past twenty years. The principal focus of my own writing has, however, always been poetry, even though I’ve also published a number of novels, essays and other works of fiction and criticism.

As well as that, I run a blog, The Imaginary Museum [http://mairangibay.blogspot.co.nz], devoted to bookish matters generally.


Poetry New Zealand, “devoted exclusively to poetry and poetics,” started in 1951. Over the years, how do you see its evolution?

Poetry NZ began as an alternative to the centralising trends in New Zealand writing at that time, after the war, when New Zealand had just completed its first century of colonial occupation. The democratic and open-minded approach of its first editor, Louis Johnson, has (I hope) continued to inspire it in each of its various incarnations.

The longest-serving editor has been Alistair Paterson, who presided over the magazine for twenty years–from 1993 until I took over in 2014. He introduced a strong focus on poetics and experimental writing, as well as trying to forge stronger links internationally: with the UK, the USA, and also non-English-speaking writers, such as the French poets of New Caledonia.


A basic question: what is a good poem? Do you think this definition is culture-specific?

For me, a good poem is a piece of writing which is lively and provocative enough to force me ask myself if it really is a poem. In that sense, yes, it’s a personal as well as a culture-specific definition, since my own boredom with what I see as tired and conventional solutions to the problem of (as Kafka put it) “breaking the frozen sea within you” may not apply directly to other readers. They might see a book of neo-Shakespearean sonnets as enchanting, while I might see them as pointless and hackneyed. That’s not to say that I think it impossible to write a good poem in conventional metrical forms nowadays: just that I feel some significant re-imagining has to have taken place to make it really qualify as what I would call a poem.


While reading a submission can you gauge which part of the world the contribution is from?

Sometimes. Not always. One advantage of electronic submission methods is that I often have no idea where an author is from. It is, in any case, very secondary to me in comparison to the question of whether or not I like their work.


According to you, which part of globe is creating the best contemporary poetry?

New Zealand. No, seriously, I think in an age of mass communications it’s impossible to see any regions as particularly privileged creatively. I do think our poets write as well as anyone, though. There’s always been a do-it-yourself, anything-goes mentality here that encourages our writers to try crazy and offbeat things. I like that a lot. We haven’t been trained to avoid the usual mistakes, and the results can often be quite spectacular.


What must a submission have not to get a No from you?

Statistically, a massive number of submissions to the magazine will receive a “No:” at least two thirds of the work that’s been sent in, in fact. I regret that, but it does mean that I can let through only the pieces I’m really certain of.

Sending just one poem rather than our recommended selection of five is a good way to get rejected. Often it’s the last poem, the afterthought, in a group of submissions that really grabs me.

Another way to get rejected is to write so carelessly, with so many typos and grammatical errors, that it’s clear that your work has scarcely been edited. At times one wonders if it’s even been reread by its author! If you take no pride in the exactness and precision of your words, you can hardly expect me to supply that for you.

A naïve, direct poem by a first time author can often be very good. I’m sure I include some such poems in every issue. In general, though, just as with any other art, if you don’t know anything about poetry: hardly read it, are ignorant of technique, have never studied its history, that’s not really a great start.

I take poetry pretty seriously: it fascinates me, in fact. But it’s just like learning a foreign language: you can pick up a few phrases on the street, and eventually learn to get by in conversation, but you’ll never be really fluent unless you devote time and energy to it.

I do try to be pretty eclectic in my tastes. I must confess to a bit of prejudice in favour of poems with a narrative dimension, though. If your poem tells a story, it’ll probably get my attention more quickly than if it indulges in complicated wordplay or lengthy landscape evocation.


Do you think a vibrant critical climate helps in nurturing poetry?

Absolutely. Very much so. At present Poetry NZ maintains a ratio of roughly one third critical writing (essays, interviews and reviews) to two thirds poetry. I’d like–if possible–to increase that over time. I’d be quite happy to see the ratio running half and half.

There really is no point in a cacophony of voices all shouting as loud as they can–many of them, alas, more interested in promoting their own careers than improving the quality and appeal of their work–if there’s no strong structure of critical writing and thought behind it.

I try to commission reviews of as many as possible of the poetry books that appear in New Zealand, as well as a number of international ones. As I’m sure you know yourself, though, reviewing is a difficult and thankless task, and it does require a certain subordination of the ego which not everyone is willing to make.

Yes, I’d like to conclude by saying that while the main focus of Poetry NZ must remain an anatomy of the nature of the poetry produced in this country – in itself a massive task – the last thing I think we should be doing is cutting ourselves off from international trends in poetry. Poets from elsewhere will always be welcome to submit to us, and there’s absolutely no requirement for them to address – or even think about – specifically “New Zealand” issues when they do so.

If you send us your best work, we’ll be happy to include it. And that goes for work in translation and dual-text, too. New Zealand is both a multicultural and a multi-lingual society now, and a true reflection of its poetic identity involves vital questions of language as well as culture.

As a postcolonial state, New Zealand (like many other countries) is only now beginning to come to terms with the theft of land and sovereignty from its indigenous inhabitants, the Maori. That’s as much of a poetic as a political issue for us. We have to try to imagine our way out of these blank walls of hatred and suspicion, try to create a harmony based on mutual respect and justice. 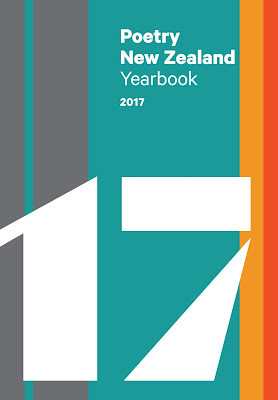